Voronoi is an acrylic furniture that features a clean but intricate aesthetics due to the presence of a cut pattern developed from the use of programming. The several overlapping layers of cut acrylic sheets create a texture, which despite being composed by geometric shapes, produce an organic overall look that vibrates to the eye as the strips of the frame appears to be tensioned in order to give structure to the object.

This project explores the use of generative design to create complex shapes that are built in a distinct way from each iteration. The cut pattern is developed from an algorithm based on a mathematical concept called Voronoi Diagram that basically divides a surface into several cells according to the number and positions defined by the program.

The furniture is manufactured using three acrylic sheets. Each sheet is laser cut, from that they are attached to each other to be bent into the final shape of the object. 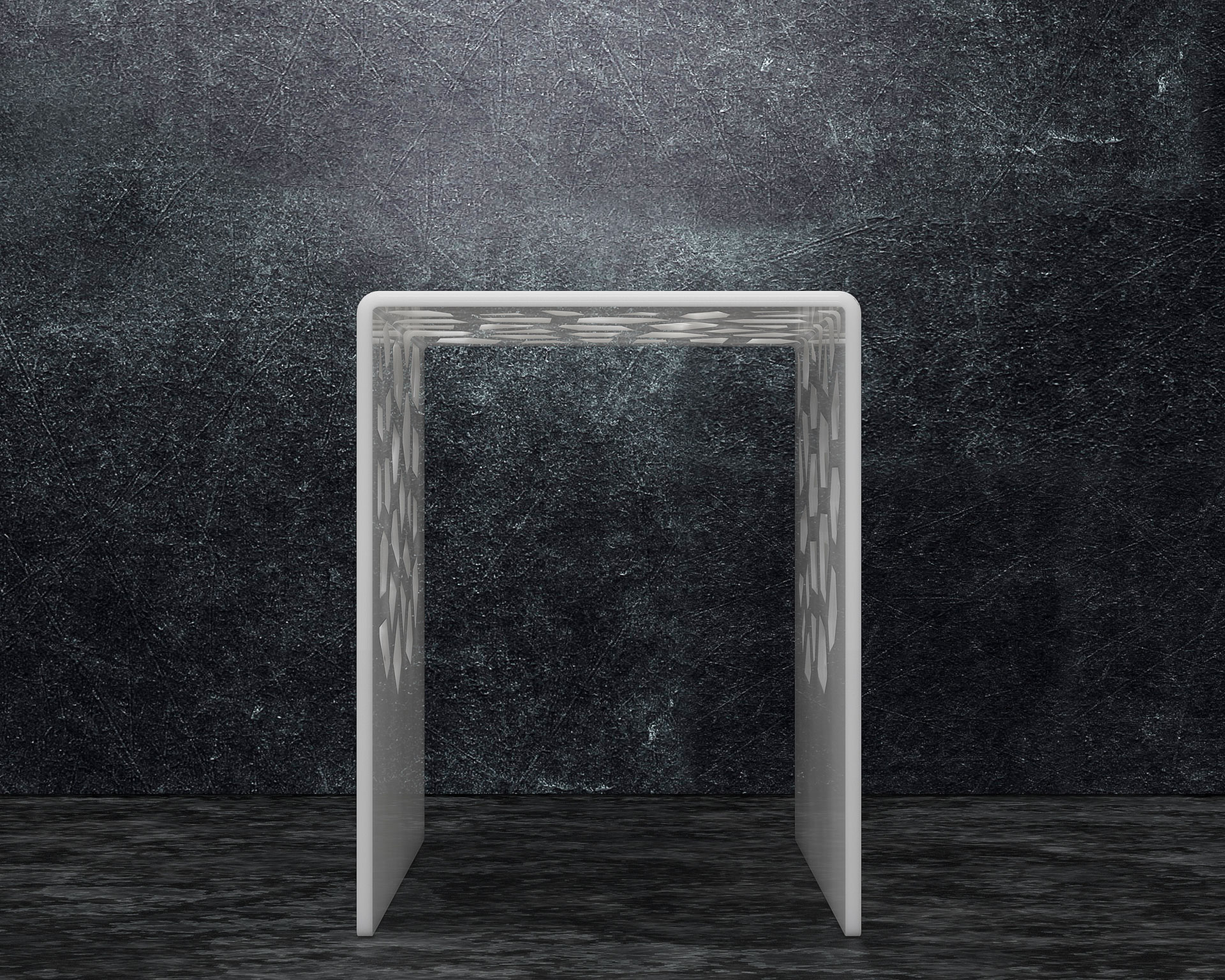 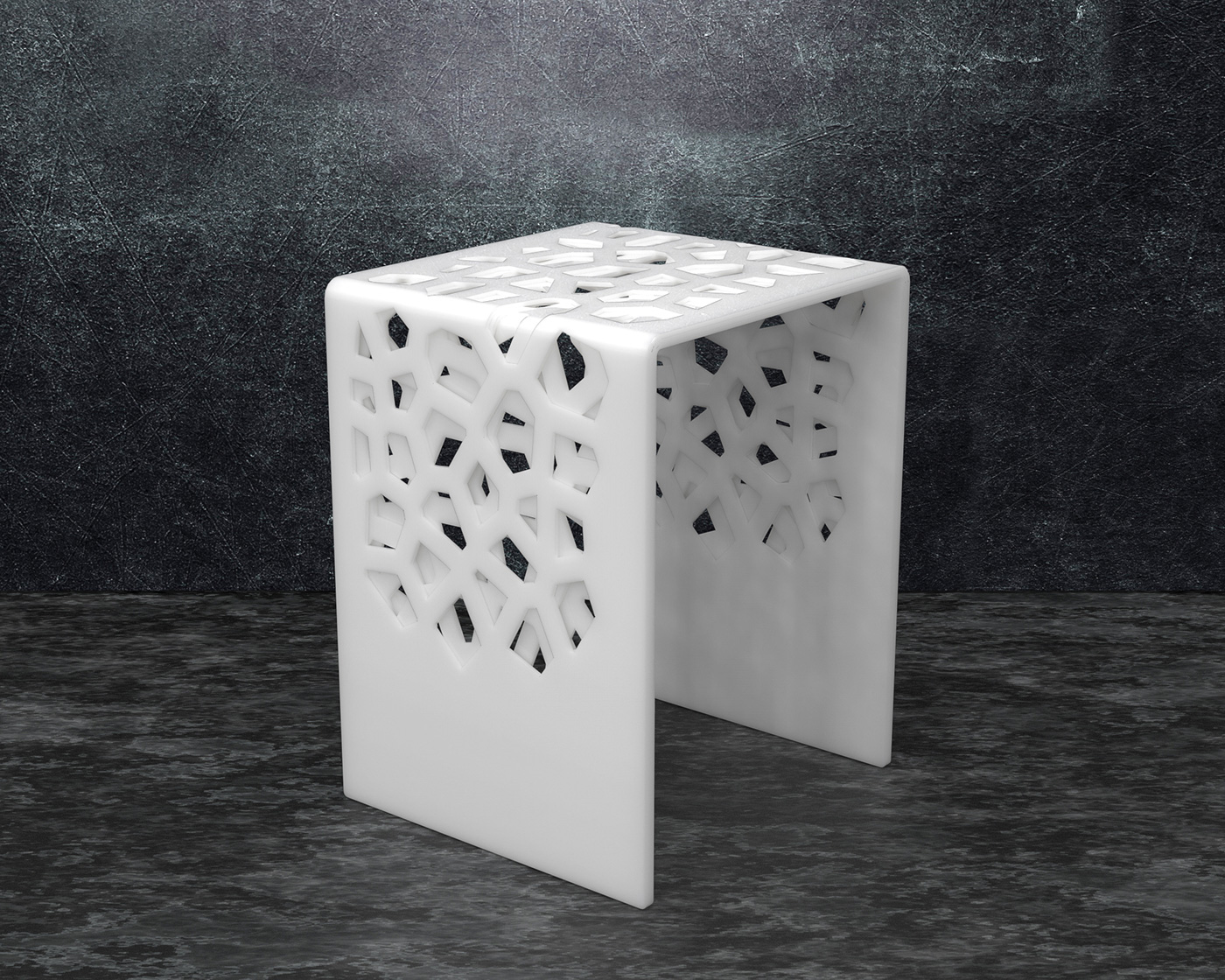 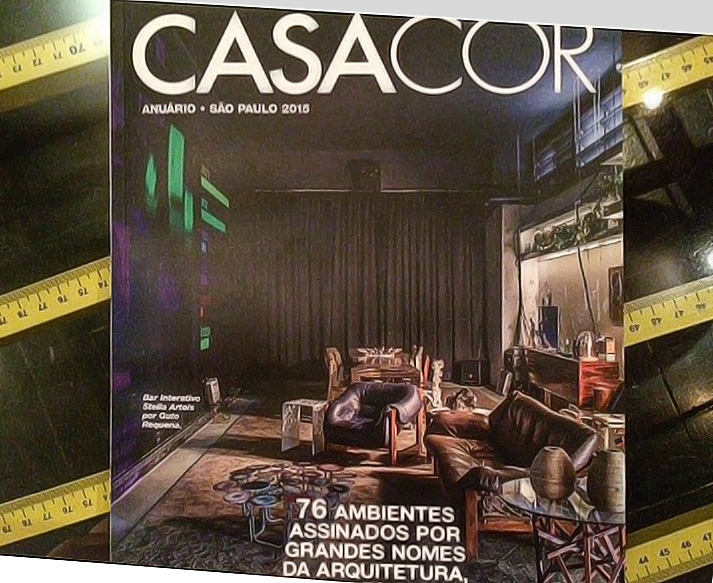 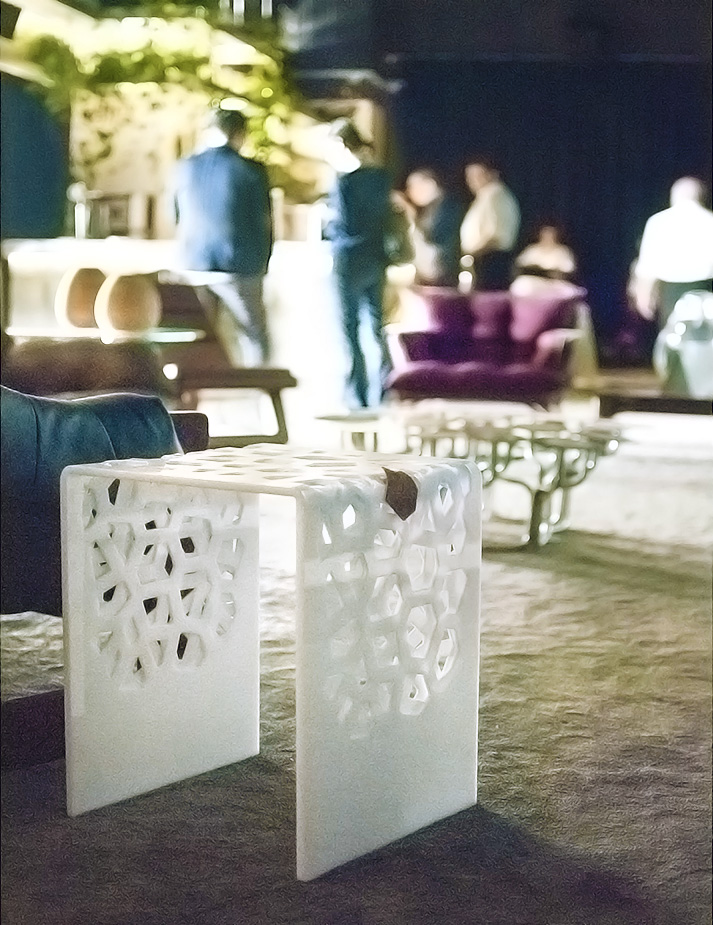 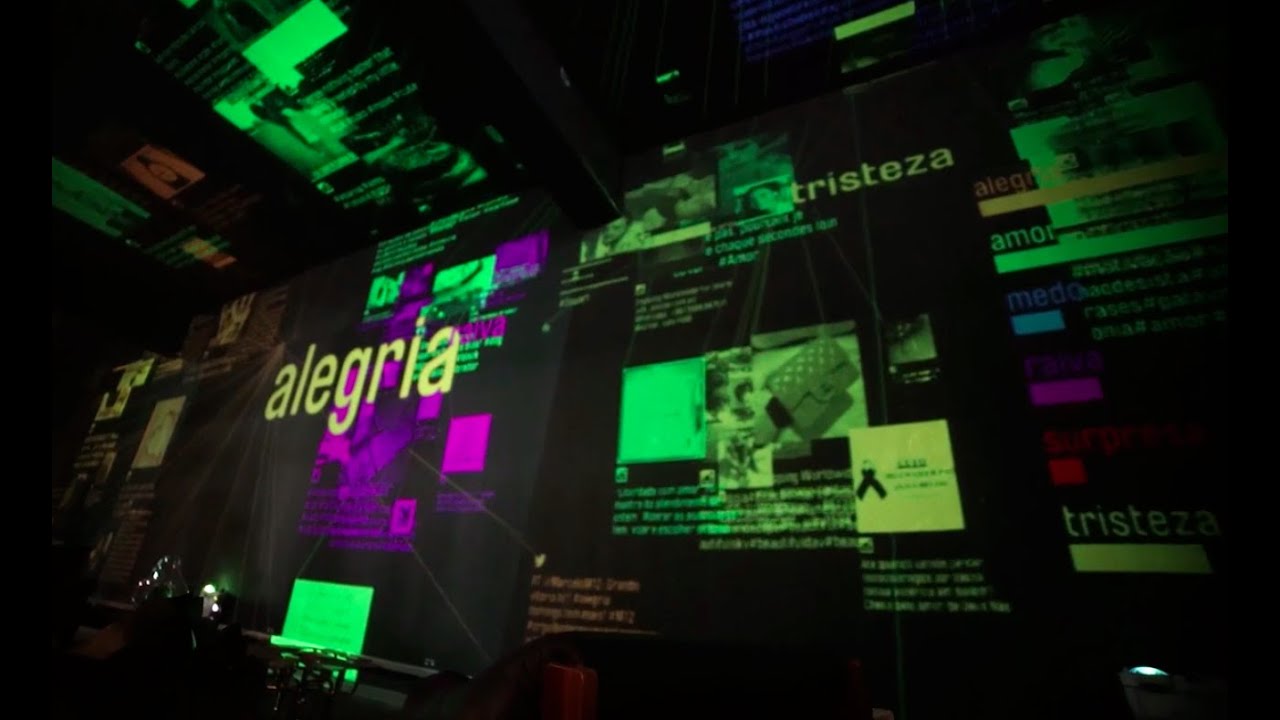 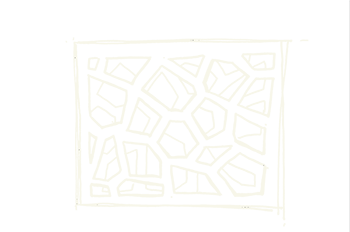